lychee flavor for the win!

If you think sparkling water is boring, then I am sure you haven't had one of ours. Our product team has done tremendous research on sparkling water in the market and we came out the best of the best flavours out there. One of the most popular flavours is Lychee. Many may wonder, what is Lychee and what should I expect for this flavour. This article tends to help you find out.
"Lychee (Litchi chinensis) is a fruit that belongs to the soapberry family, Sapindaceae, and is native to Southen part of China.From thousand years of commerical growing of lychee, Lychee was the fruit all people adored from commoners to the nobles in ancient time. Lychee exterior is red, oval-shaped, and about 1-2 inches wide. Beneath the skin lies the thick, translucent-white portion of lychee fruit covering a seed. Upon biting, you'll get a juicy flavor burst with a taste similar to a strawberry or pear with a hint of citrus." One of the specific characteristics Lychee has was its short shelf life. Once the fruit is taken from the tree, it will only have less than three days to keep its freshness. However, as a tropical fruit, it has strict requirements for growing conditions like humidity and hot weather. All those strict conditions of growing composed tasting Lychee as a luxury for many people in ancient times. An bite of those red, ova-shaped fruit was signified as a luxurious, precious tasting experience. About 1400 years ago, in Tang Dynasty of China, empress at the time adored the lychee as famous as everyone in the country knows. However, normally it would take at least three days to transport the lychee from its origin to the Palace at the time, which was impossible to get the fresh lychee delivered to her mouth. As the emperor's favorite concubine, her wished to taste the fresh lychee was set as emperor's goal to fulfill. In order to get the fresh lychee delivered on time for the empress, the emperor spent numerous money, people and other resources to shorten the delivery time. The national's effort was used to get the fruit deliver, merely for the smile of the empress. Therefore, Lychee was also named Lychee as the 'Empress' smile' by many poems. Nowadays, presevring the freshness of lychee is no need for a country's effort. Moreover, our product team preserves the fresh taste of the lychee and infuses it perfectly with our sparkling water.The Lychee flavor featuring elegant tropical fruit with a rosy, floral aroma and just the right amount of sweetness. Our product team inherited dedication from the emperor to deliver the best combination of fresh lychee with just enough bubbles.You’ll be refreshed by the lightness of our sparkling iteration of this Empress of fruits. Come and give it a try on our lychee sparkling water. One sip of it will take you to the taste of wonderland. Your friend gave a coupon to you.

Just enter your email and get the coupon code!

Tips：Your friends and you wouldn’t get awards, if skip this step 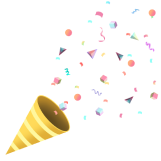 Congrats! See what you get :

Use your coupon and start your journey at Genki Forest

Sorry, you are not eligible for this offer.